The CEO's Guide to Social Media 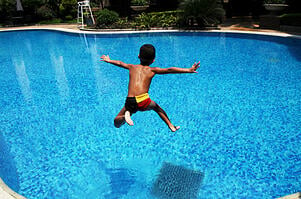 As CEO, I'll bet you're having a hard time keeping up with the dizzying pace of innovation in social media and trying to understand the potential impact of these various social media platforms on your business.

You're not alone-according to a recent study, 68% of Fortune 500 CEOs are not currently using any social media platforms (2013 Social CEO Report-http://www.ceo.com/social-ceo-report-2013/). This is a shocking statistic, but consistent with what I hear from Enterprise CEOs that I meet with everyday.

The main reasons that your CEO peers cite in the report for their lack of social media presence are:

I would add to that list that many CEOs don't understand what social media is and don't fully appreciate the potential impact that social media can have on transforming their businesses.  So how does a CEO learn about social media...and what is the CEO's guide to social media?

CEOs need to realize that social media is simply a new, powerful communication channel that allows people to do online what they've been doing offline-with much more efficiency and a much broader reach than ever before.  Wikipedia defines social media as, "the interaction among people in which they create, share or exchange information and ideas in virtual communities and networks", which will "introduce substantial and pervasive changes to communication between organizations, communities, and individuals."  What distinguishes social media vs. traditional media is how easy and cost effective it is for people to generate and contribute content and ideas to a huge audience-to join in and participate in the conversation as they would in an in-person gathering rather than be "talked at" by more traditional forms of media acting as the authoritative voice.

Many Enterprise CEOs are thinking about social media too narrowly-associating the term "social media" with what their kids do on platforms like Google+, Twitter, Facebook, Pinterest-and viewing social media as just another marketing channel for their organizations.  However, in a broader sense, social media is a fundamentally new way to communicate and allows businesses and organizations to have conversations with their internal and external stakeholders on a much wider scale then ever before.  Companies can leverage social media to become more efficient in how they communicate with their employees, recruit talent, receive product feedback, solve customer problems and do market research. Viewed in this context, companies can leverage social media to not just to market and to sell, but to transform their business processes and models and make their companies much more competitive and efficient.

The opportunities to those businesses that are able to learn how to capitalize on these new social media platforms are enormous, as are the risks to those that move too slowly. Here's why:

Here's what you need to do as CEO immediately to ensure that your company doesn't get left behind:

The bottom line is that social media puts your key stakeholders at the center of everything your company does and represents a huge opportunity for companies that invest in it in the form of faster innovation, operational improvements and increased revenue.

How do you see as the key barriers to social media adoption by your company?